A Good Heart and a Purple Heart

On the “Inspire” podcast, Senior Solutions Founder, Ryan Schaake talked about the powerful influence his father, Larry Schaake has had on his life. Throughout Ryan’s childhood, his dad went above and beyond to be there for him — a fact that is nothing short of miraculous considering what Larry went through as a soldier.

While serving his country in Vietnam, Larry was shot by a bullet that entered his forehead above his left eye. Somehow, he survived and miraculously had no damage to his eye. Although he was always reluctant to talk about the experience, he eventually received a Purple Heart for his service and sacrifice. And Larry’s commitment to supporting his family was passed on to Ryan, who has made it his life’s mission to be deeply involved in the lives of his own sons.

Below is a photo of the Purple Heart that was awarded to Larry and a photo of Larry during his time in the service: 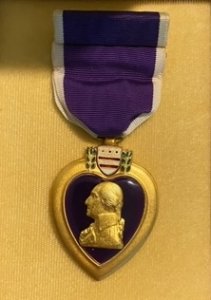 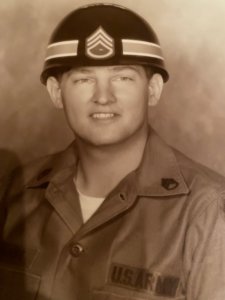 We express our gratitude to Larry and others like him who have given so much to protect all that we hold dear — and to Ryan for sharing his dad’s incredible story with us.

This was possibly our most exciting Game Time week yet with our Mascot Dress Up Activity Challenge! Your incredible outfits and mascot costumes kept the energy high, and we enjoyed seeing everyone’s creativity. Thank you to everyone who joined along and participated in this week’s Activity Challenge. Check out the highlight video above with some..

The idea of family is powerful. It’s a core principle that drives the Integrity family to be there for others. For new Integrity Partner Eric Schmidt of Schmidt Insurance Services, it was family that caused him to turn his back on a successful career in car sales and enter the world of insurance. While Eric..

The Family You Find

Recently on the “Inspire” Podcast, we talked with Jace Rosenbluth, President of MERIT Insurance Services. During our conversation, we learned about some of the magic behind the scenes of MERIT when Jace told us about one of their most valued employees, Caryl O’Connell. Caryl isn’t just a coworker, she’s more like family to the Rosenbluths…