Anthony Owen of Annuity Agents Alliance is not only a captain of our industry – but a former boat captain as well! On the “Inspire” Podcast, he shared with us some of his adventures at sea.

Anthony’s life at sea began at 16 with a very land-based tragedy: the volcanic eruption of Mount St. Helens! The destruction and economic fallout wiped out his family’s construction business and left the Owens with little more to their name than a boat. So they decided to make a fresh start by sailing their boat to Hawaii and using their sailing expertise to start working with tour groups. 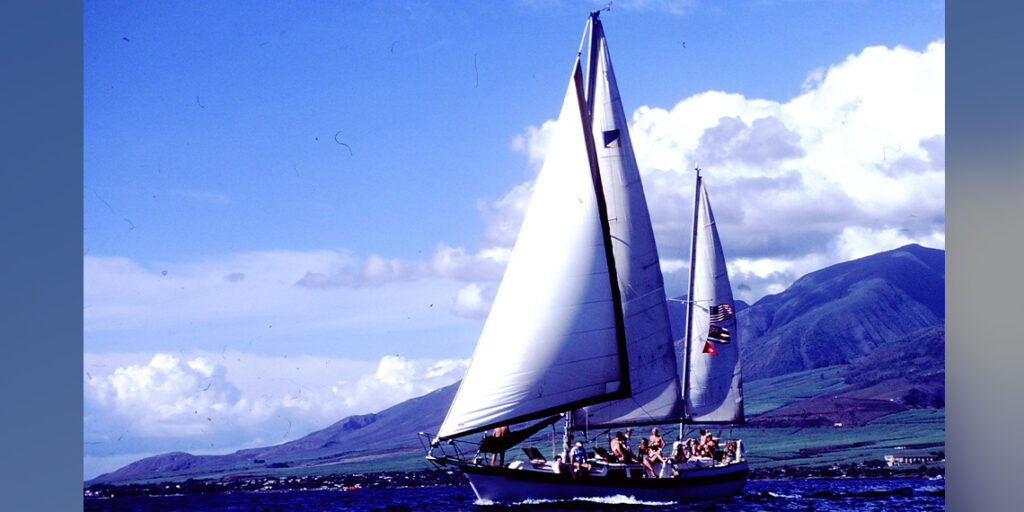 They took the voyage in two parts: Portland to San Francisco and then crossing the Pacific Ocean to Lahaina, Hawaii. During the first eight days of their journey, they found themselves caught in a major storm with huge frothing waves and gale-force winds and had to be towed back to safety by the Coast Guard for repairs. But that didn’t stop the family from finishing what they started! They traveled another 22 days out at sea before dropping their anchor in Hawaii.

Anthony continued to crew ships through high school, taking tours out for snorkeling, spearfishing and scuba diving. This invigorated him to take merchant marine master classes, and a day after his 19th birthday, Anthony earned his sea captain’s license! He worked on charter vessels throughout his college career. Anthony has since traded one adventure for another — hanging up his captain’s hat to focus on building his insurance career.

Be sure to check out the rest of Anthony’s conversation over on the “Inspire” Podcast to learn more about this incredible partner!

At Integrity, we understand the important role families play in our lives. That’s why, when we hear about our Integrity family going above and beyond for their children, it tugs at our heartstrings. Recently on the “Inspire” Podcast, we heard the incredible story of new partner John Gavin of J. Gavin Financial Services and the..

Our Integrity Idol Winners are…

Doing It My Way

On the “Inspire” Podcast, we spoke with the leadership team of our new Integrity partner, The Diversified Companies. One of the things we talked about was the unique path that Founder and CEO, Michael J. Rose, Sr., took to discover his career in the insurance industry. For Michael, his passion for sales came at an..