Frank DeJiulio on the Mound

On the “Inspire” Podcast, we heard the story of new Integrity Partner Frank DeJiulio professional baseball career. Frank was a very talented pitcher. While playing in the Cincinnati Reds organization, he was named MVP of his league and was able to interact with many Hall of Fame players.

Here’s a great photo of Frank from that time: 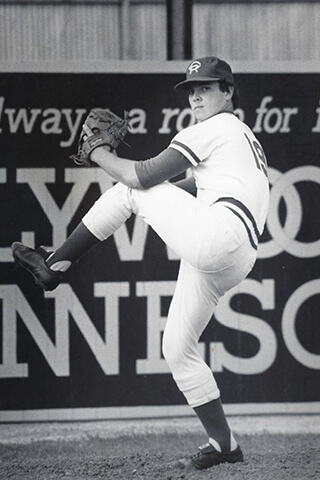 Frank’s promising baseball career ended abruptly when he was injured while sliding into third base. It was a setback for him personally, but he didn’t let it keep him down. Frank took many of the lessons he learned on the baseball diamond and applied them to a new and successful career in insurance.

We’re grateful for Frank’s example of perseverance—and for his decision to become a part of the Integrity family!

A Lifelong Pursuit of a Challenging Skill

On the “Inspire” podcast, we were privileged to hear from McNerney Management Group’s legendary founder, Dan McNerney. Dan is a man of many diverse talents — one of which is competitive roping. It’s a skill he worked very hard to develop, and his hard work paid off when he made it all the way to..

In Celebration of International Women’s Day

Today is International Women’s Day! While Integrity honors the strong women we work with every day, we wanted to take a moment to celebrate our women in business specifically on this important day. Uplifting and supporting the inclusion of women in leadership positions across our Integrity offices is in direct alignment with our core values:..

Love is All You Need

Before we announced our Integrity Idol grand prize winner, we heard from our five Integrity Idol finalists who came together to sing “All You Need is Love” — the perfect song to bring this friendly, charity-fueled competition to a close. Here’s a video of their special performance. Huge thanks again to these amazing people. They’re..