On a recent Integrity “Inspire” podcast, NEAT President and CEO Tim McCoy Jr. talked about the lessons he had learned from his father, Tim McCoy Sr., about overcoming adversity.

Tim Sr.’s experiences from World War II were nothing short of harrowing. In early 1943, he was assigned to the USS Grenadier submarine. On April 21, the Grenadier was discovered, attacked and damaged by enemy aircraft. Losing all power, leaking badly and with fires burning, the sub sank and settled to the bottom at 270 feet. After nearly a day in that condition, and against all odds, the crew was able to contain the damage enough to raise the sub to the surface. However, it was now unable to dive.

As two Japanese ships closed in and an enemy plane attacked the stricken sub, the crew scuttled the boat. They were then taken by the Japanese to Penang, Malay States, where they were questioned, beaten, tortured and starved before being sent to other prison camps in Singapore and Japan. For the remainder of the war, Tim Sr. and the crew suffered brutal, inhumane treatment. Their refusal to reveal military information both frustrated and angered their captors.

Tim Sr.’s deep religious faith sustained him during his years as a POW — and continued to sustain him throughout his life. Following his liberation at war’s end, he never held a grudge toward the Japanese people. In fact, he strongly believed in reconciliation and forgiveness. He often said: “To forgive is to set the prisoner free, only to discover the prisoner was you.” For the torture and suffering endured, Tim was awarded the Purple Heart.

Tim McCoy Sr. passed away this past December at age 95, after a lifetime of service and strength through adversity. Above is a photo of him at the height of his distinguished military career.

And here’s a photo of him later in life: 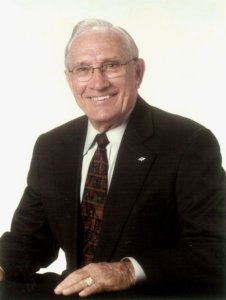 As Memorial Day approaches, we’re deeply grateful for the example of this American hero, and all the other heroes who have sacrificed so much for our nation. Special thanks to Tim McCoy Jr. for sharing his dad’s incredible story and example with all of us.

Your Wellness Warm Up Highlight Reel is Here!

During our Q1 Wellness Warm Up initiative, we shared three weeks of fitness, activities and more. You participated in our step challenge, enjoyed wellness-themed swag, got outside with your teams and even enjoyed treats crafted just for the fun of it. Watch our above highlight video to see how much energy and creativity you all..

We wanted to share more talent from Cameryn Rupa of ThomasARTS, following her live performance this morning on the Integrity “Inspire” Podcast! Here is a video of her singing “Time of Your Life”, the song she performed on her first “Inspire” podcast appearance. Voting has been extended through Sunday, June 7 at 6 pm CT…

An Attitude for Fun

At Integrity, we know the value of working hard and playing harder. That’s why we ask our partners what they are passionate about outside the office. For AIP Marketing Alliance’s Kym Kisser, that passion is getting outside. A self-proclaimed outdoor enthusiast, Kym likes to spend her summers out in nature. She loves to be out..