On the “Inspire” Podcast, Brenda Emrick-Kennedy, President of Emrick Insurance Marketing Group talked about her son, Cullen who has battled cancer twice.

The first successful fight came early, at age two, when Brenda was a young mother. Cullen faced the disease again while he was attending medical school. Not only did he win this second battle, he was also able to graduate six months early! Here’s a photo of him from that time: 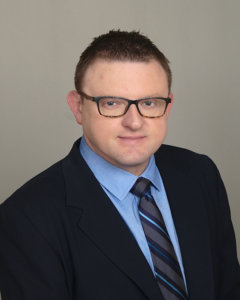 Cullen now practices Internal Medicine at SIU School of Medicine in Springfield, Illinois, where he is working toward a fellowship. Above is a recent photo of him with his husband Huxley, daughter Kennedy, son Beckett and family dog Finley:

The yard sign was a gift from someone honoring the medical staff at the hospital where Cullen works. Considering all that Cullen has overcome in his life, it’s entirely appropriate. Thanks to Brenda for sharing Cullen’s inspiring story with all of us — and best wishes to Cullen and his beautiful family!

On the “Inspire” Podcast, we heard the inspiring story of one of our new partners, Golden State Insurance Agency’s Domonique “Dom” Rodgers. He spoke about the importance of building a legacy and how his life shaped that desire. As a child, Dom experienced the struggles that come with financial insecurity and never knowing his own father…

Livin’ It Up on The Lake

If there’s one thing our Integrity partners have in common, it’s that they all understand the importance of community. That is certainly the case for new partner Jim Helbig of J. Helbig & Company! For Jim, community is all about support. He shows that support in how he treats his agents and how he serves..

Our very own Co-Founder and CEO, Bryan W. Adams, had a truly remarkable experience last weekend that we wanted to share with you all: he got to throw the first pitch at a Red Sox game! As a lifelong baseball fan, Bryan holds Fenway Park as something special in his heart; he took his boys..